The release mechanism is shown below mounted on the bulkhead that sits between the motor and parachute sections of each stage. The pyrotechnic device is a protractor (gold in the photo below), which has an explosive charge and a piston inside it. The release mechanism has two parts, a housing that is bolted to the bulkhead,. and a slider with two 4mm pins. The kevlar riser cable (here just string) is looped around one of the pins until the mechanism is fired. 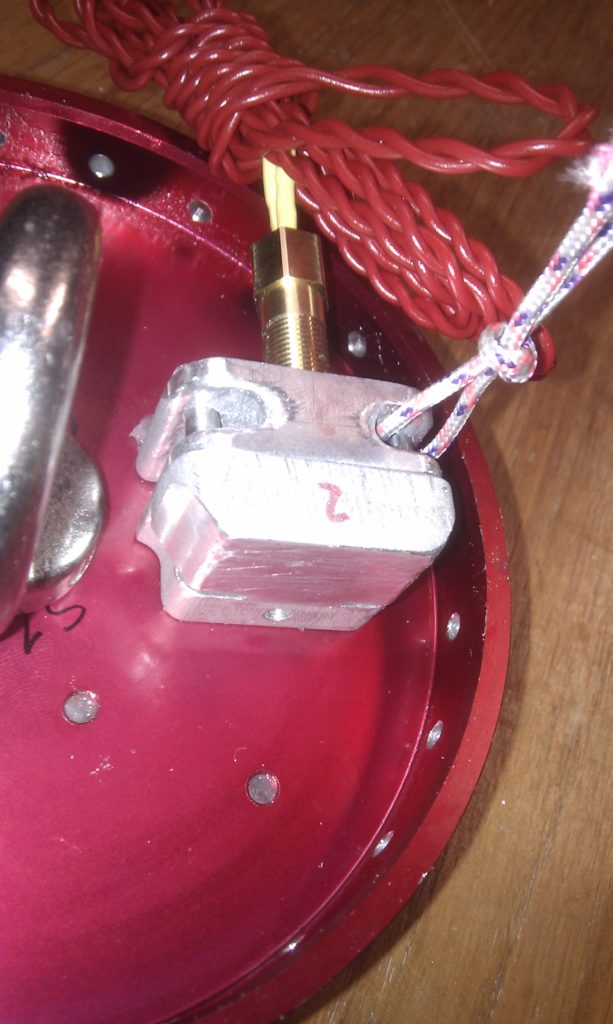 When the pyrotechnic device is fired, a piston is ejected with 2kN force, pushing out the slider and releasing the cable. The slider is then stopped from flying off by a catching plate (not shown). 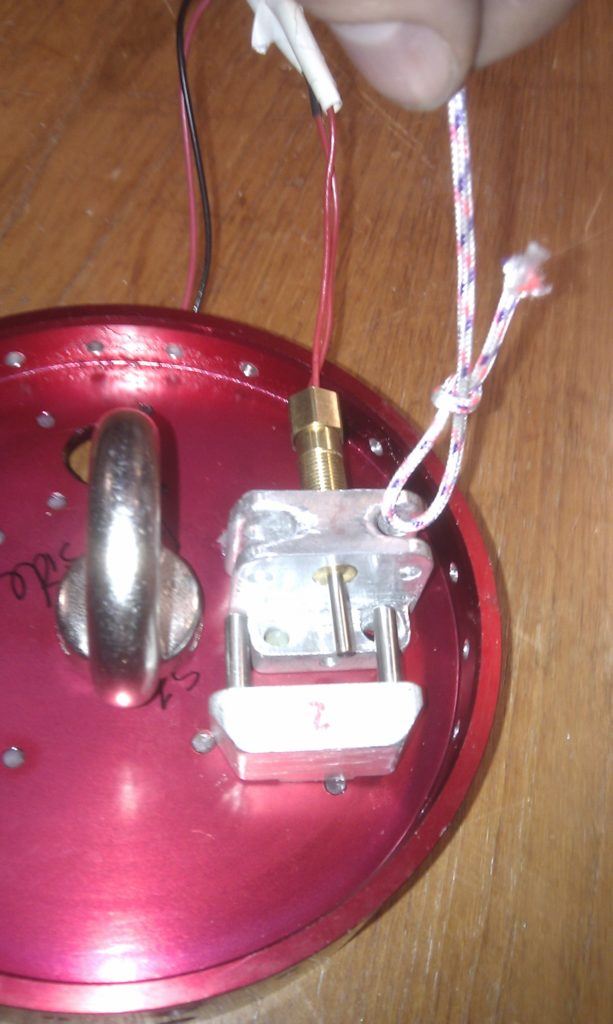