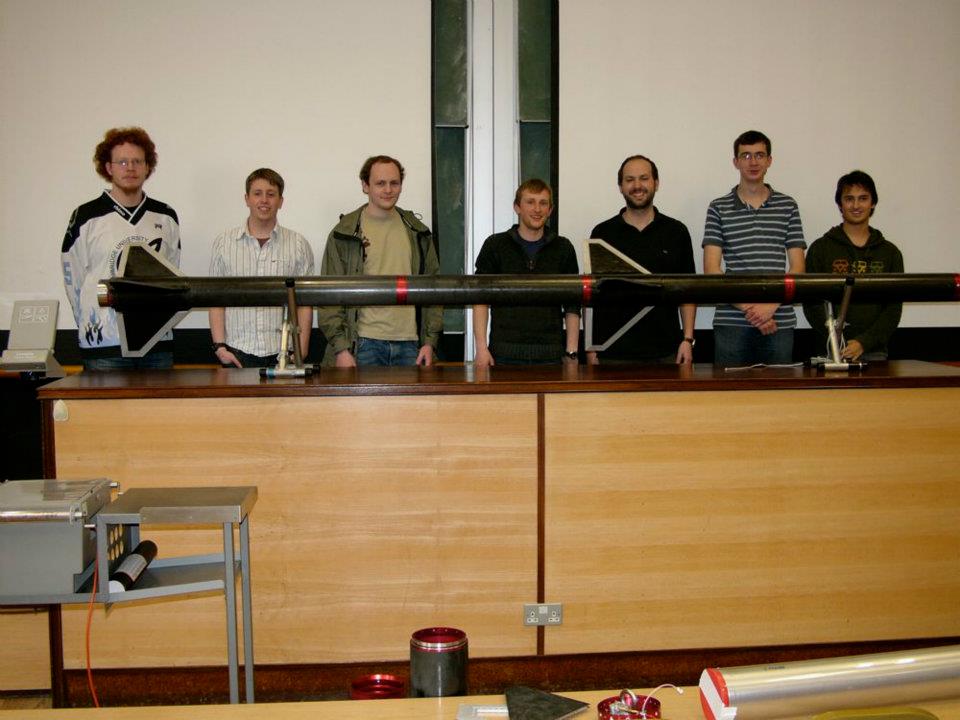 Today we had a pre-launch bash before Martlet 1 is launched next week. The rocket is (almost) ready to go now, with just a few finishing touches to be made. Many thanks also to Andy Hugh and Malcolm Jennings for busting a gut to get the rocket motors to us today. Some of the project’s sponsors also dropped by, such as Richard Hobbs from Cambridge Precision and Dr. Madsen Pirie (below), after whom the rocket is nicknamed the “Lord Madsen”. 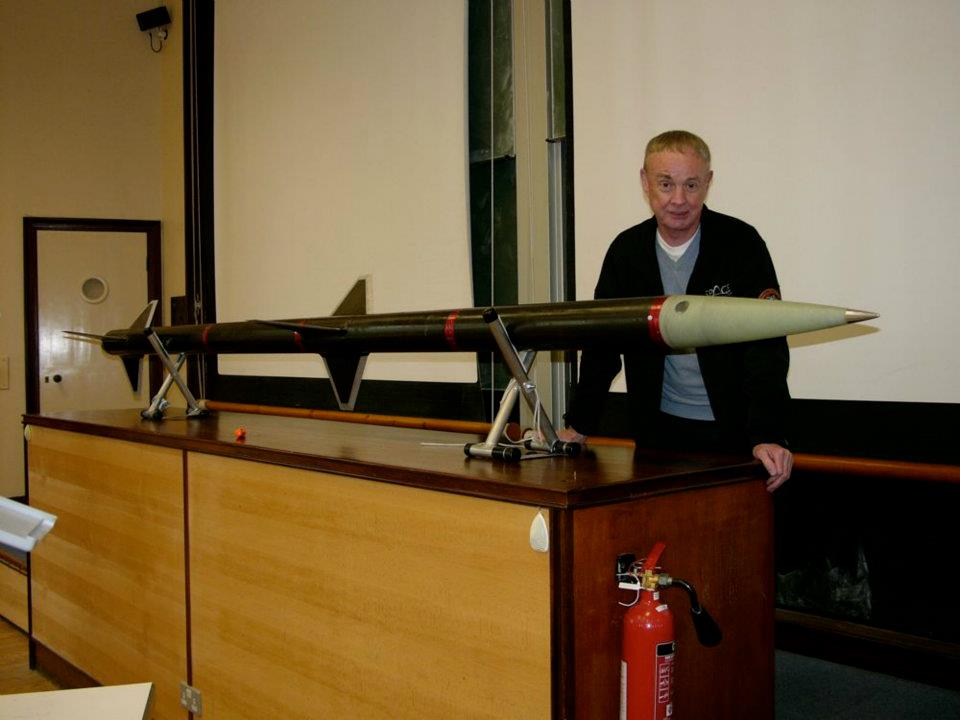