Current radios on High Altitude Ballons (HABs) are laughably slow, on the order of 50 bits/s. While this can suffice for transmitting simple data strings such as GPS co-ordinates, it’s useless for anything else. There have been several attempts at in-flight image transmission for amateur HABs with existing radios, though these took around 6 minutes to transmit a single small grainy image.

Lynx is an experimental digital radio transmitter for HABs, capable of data rates an order of magnitude above existing amateur systems. The end goal of the project is to have a live video stream coming from a balloon in flight. It features a powerful ARM chip to deal with the error correction codes and signal processing.
This development board will allow a number of the key radio systems to be thoroughly tested before implementation in the first flight model. Currently, we are waiting for some RF components to arrive from the US before the board is assembled.

Many thanks to the Cambridge Circuit Company for this fantastic set of boards. 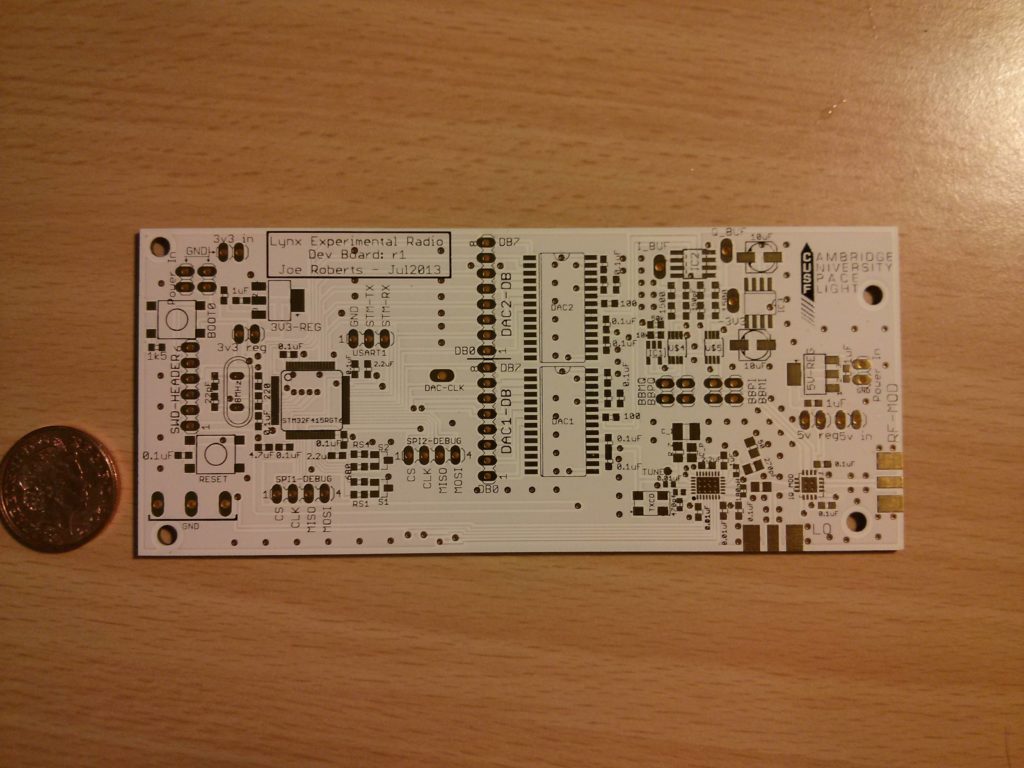