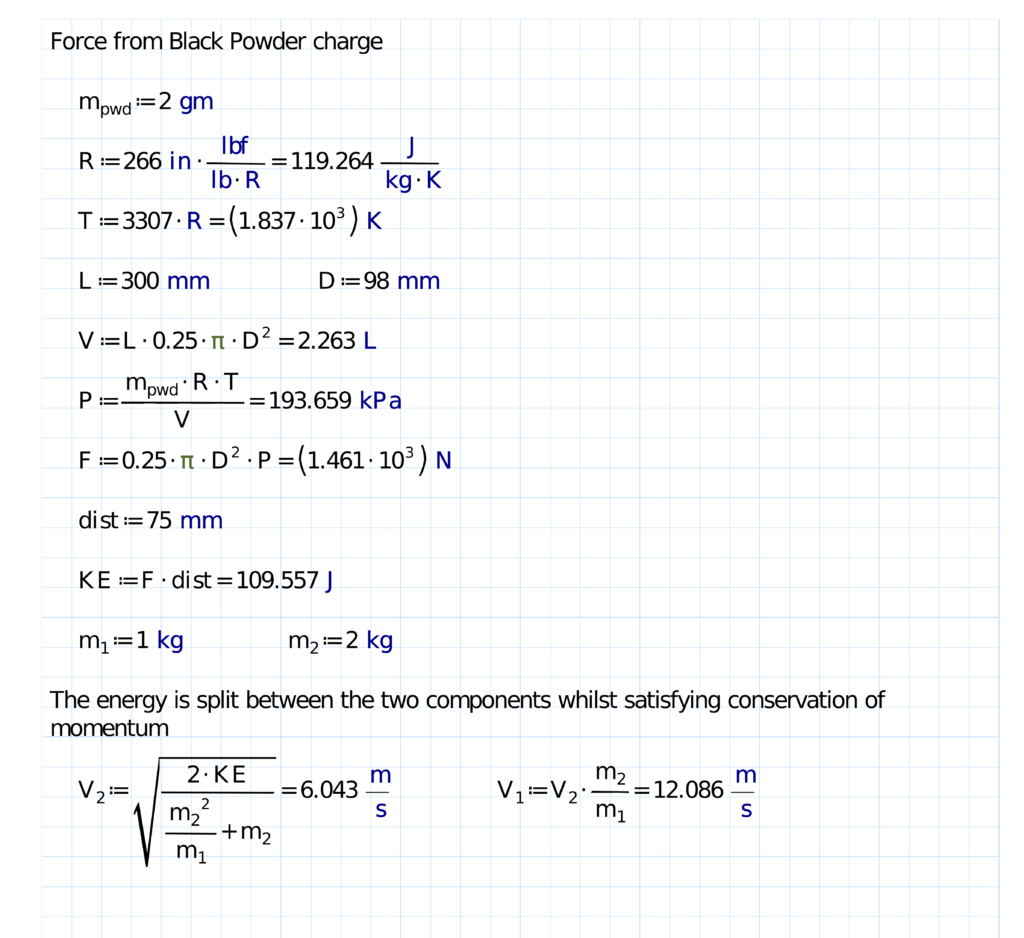 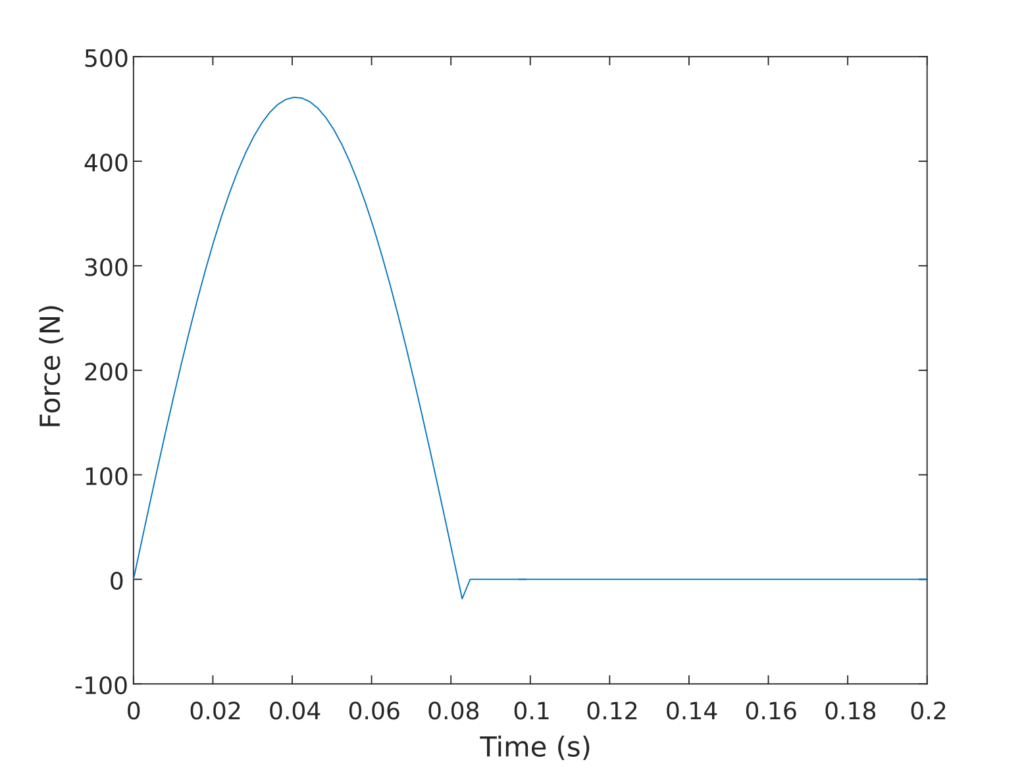 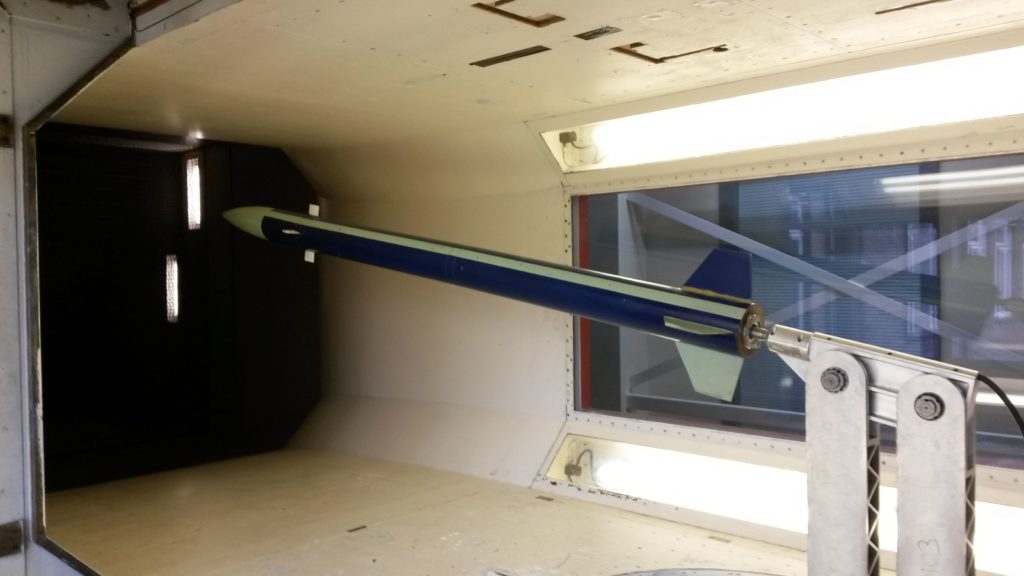 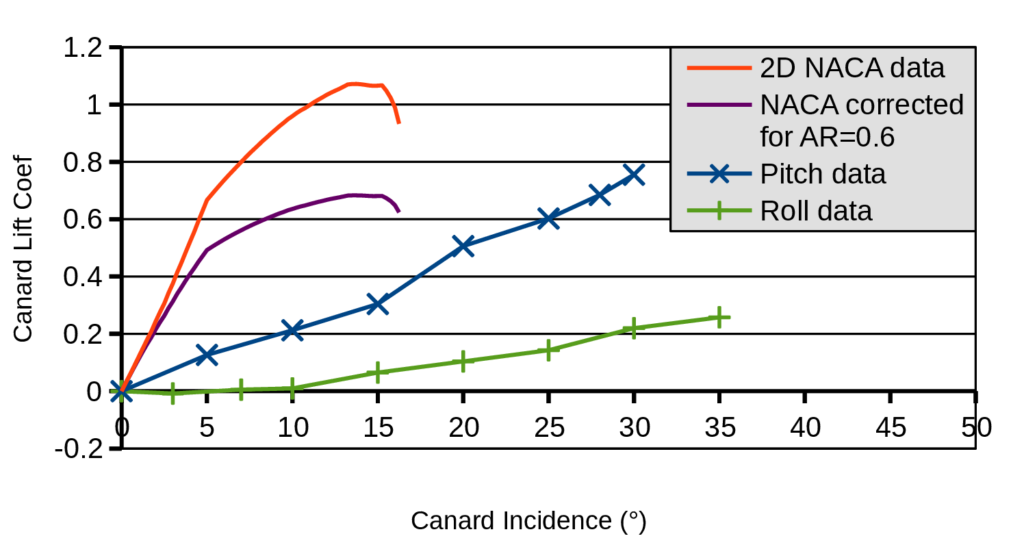 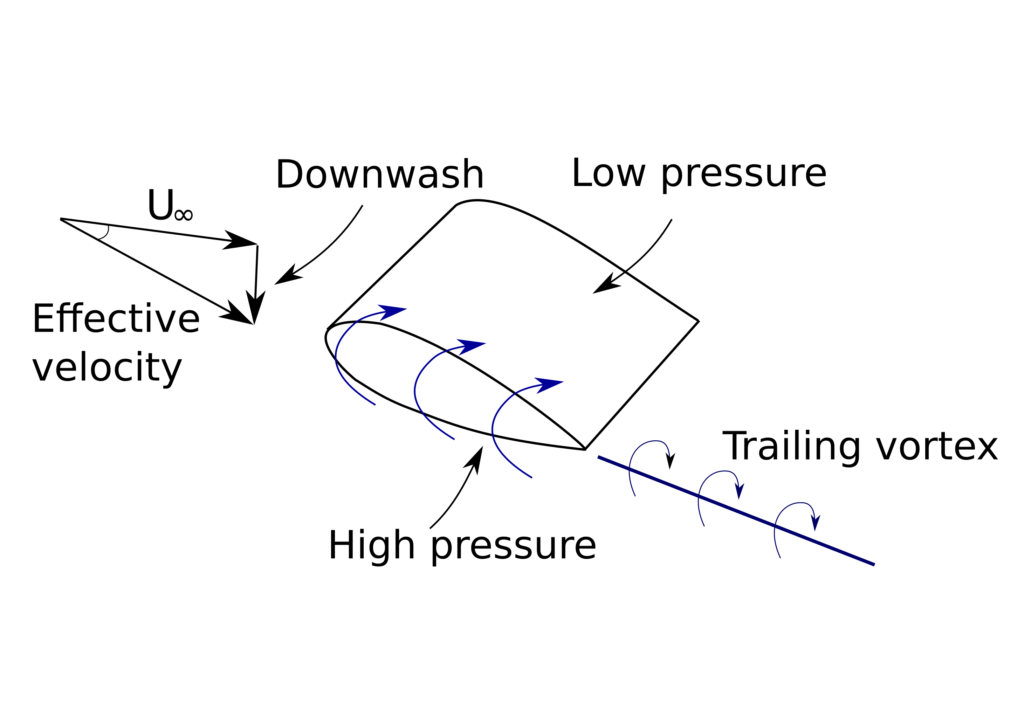 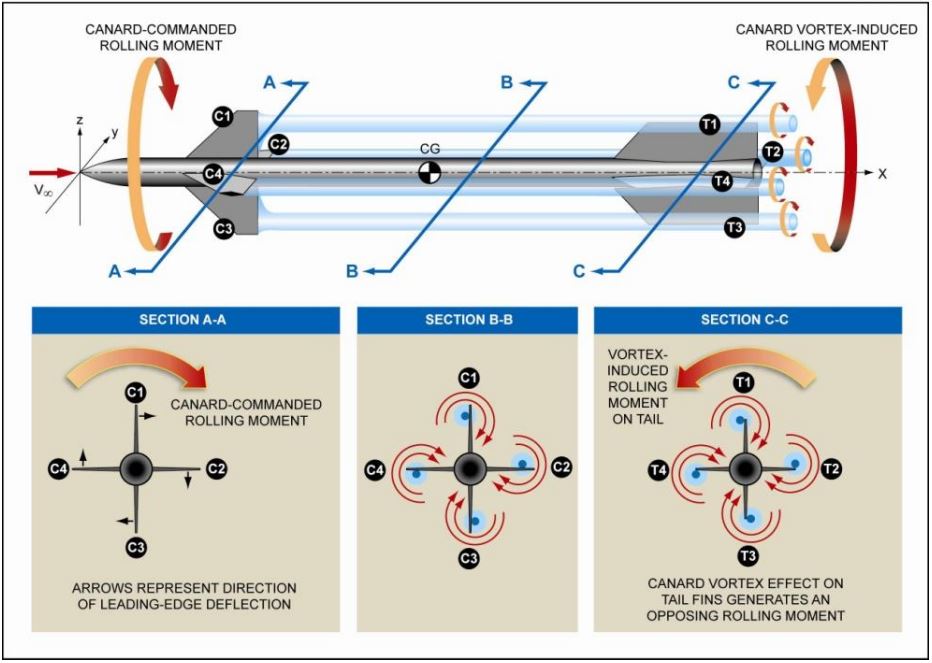 It is important that vents are drilled in the rocket so that the barometer on the flight computer can sample the atmospheric pressure (and calculate the altitude). There are various rules of thumb for sizing such ports but few explanations from first principles. Intuitively (or based on dimensional analysis if you will) there must be a ratio between the volume to be vented and the area of the vents. One rule of thumb is one 1/4” diameter hole for every 100 cubic inches. An approach based on first principles goes like this.

First decide on the maximum allowable error in the altitude, say 10m. This provides the pressure difference between the altimeter bay and the free stream. Next find the maximum flight speed, this gives the maximum rate of change of pressure. Modelling the altimeter bay as a volume V with an orifice area A and pressure drop delta p this gives all the information needed based on Bernoulli’s equation for the flow through the orifice and mass conservation. This Mathcad sheet calculates the size of the vent holes. (Mathcad Prime Express can be download for free). 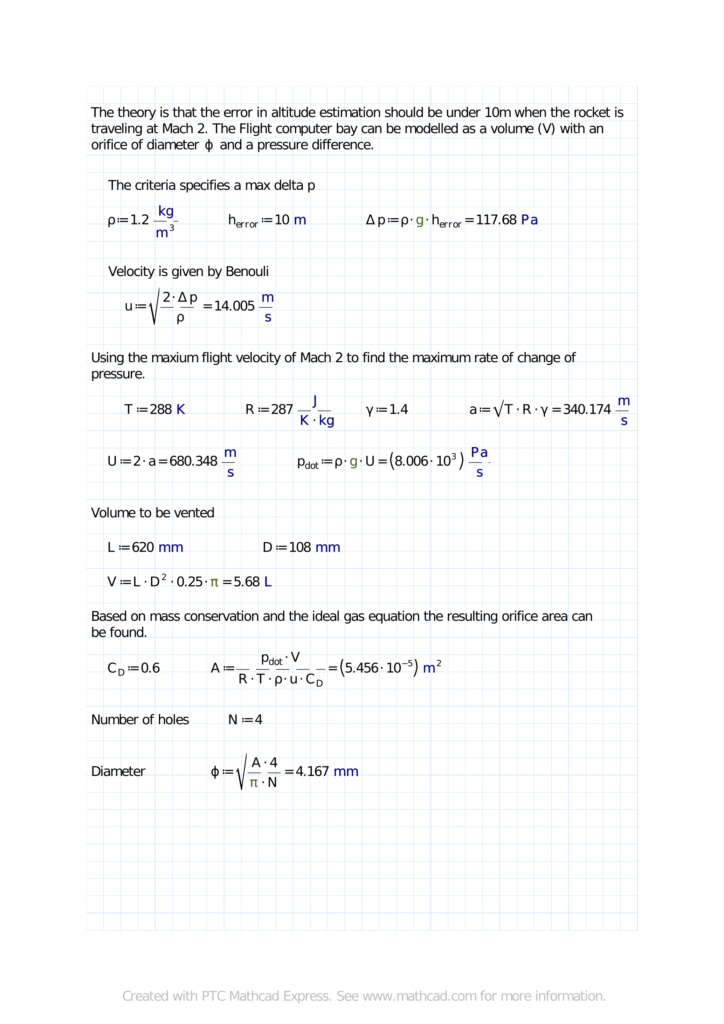 Based on an error of 10m and a flight velocity of Mach 2 the calculation yields a 0.176″ hole for every 100 cubic inches, a fair bit less than the rule of thumb above.

Due to a late minute design change we could not get the parachutes to fit inside the booster section of Martlet 3. Perhaps inspired by his PhD on Dyson vacuum cleaners Jack suggested that vacuum bags might help, no one thought it would work. A short trip to Asda and some experimentation later and the chutes were in the rocket. What’s more they could be pulled out with negligible force! The technique involves fitting the parachute bay and parachute (in it’s deployment bag) inside a large vacuum bag. The vacuum then assists the packing of the chute into the bay. 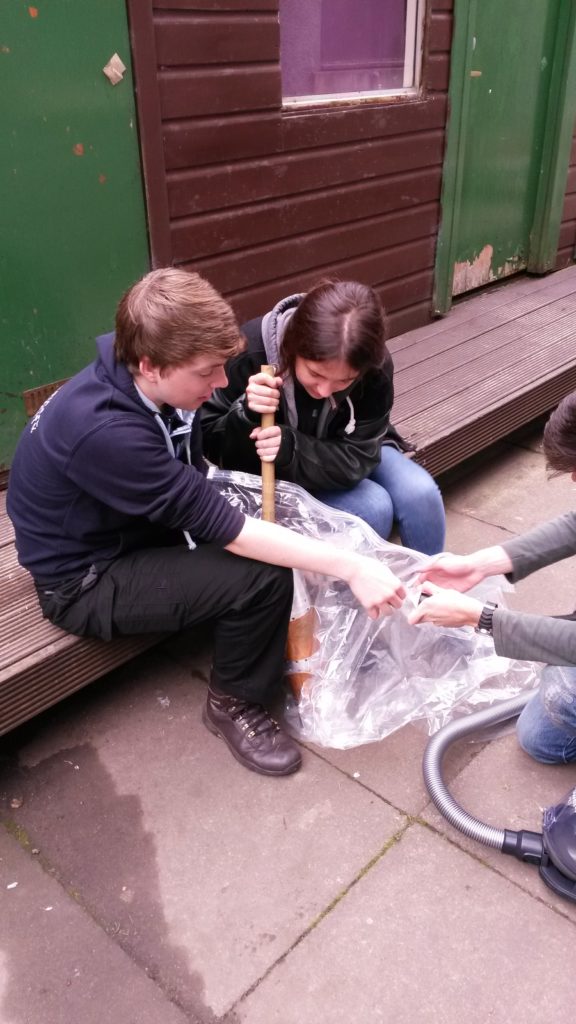 The standard in model rocketry is to use a small (about 2 grams) black powder (BP) charge to deploy the parachutes. The black powder can be ignited with an e-match which can be fired from a flight computer. The rapid combustion produces hot gases which pressurise the sealed parachute bay causing the rocket to separate at a specially designed section.

Smokeless powder (SP) has been designed as a replacement for BP in firearms
applications. It does not require an explosives license where as BP does, which makes its use attractive. However the chemistry of SP is quite different to BP, in particular its reaction rate is far more sensitive to pressure. When used as an ejection charge the powder is far less contained than in the barrel of a gun.

After learning this I made some aluminium charge holders. The first one had an internal diameter of 7mm, this proved too small as the holder was fired through the 5mm plywood bulkhead during the deployment test. The second version had the below dimensions. I made up a charge with the tip of the e-match positioned at the bottom, about 2 grams of SP, masking tape acting as wadding and a section of old inner tube cable tied over the top as a burst diaphragm. The ground test worked perfectly. As it was a launch day I jumped in the car and headed to the launch site where I made up 3 identical charges (one for the drogue, two for the main). But the main failed to deploy. Both charges had fired but had not produced enough pressure to break the shear pins. On closer inspection of the failed charges the inner tube (burst diaphragm) had slipped past the cable tie rather than rupturing. This must have reduce the containment just enough to curtail the combustion. 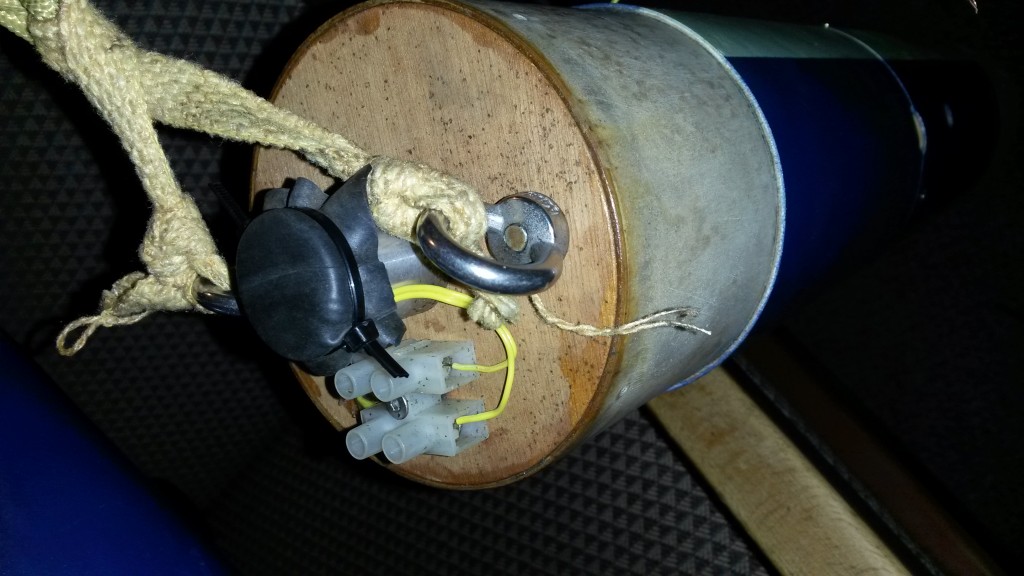 In conclusion SP can be used for rocket deployment charges but it is very sensitive to how it is confined. Black powder is much more forgiving and is a much more suitable explosive, a suitable license is not hard to get. 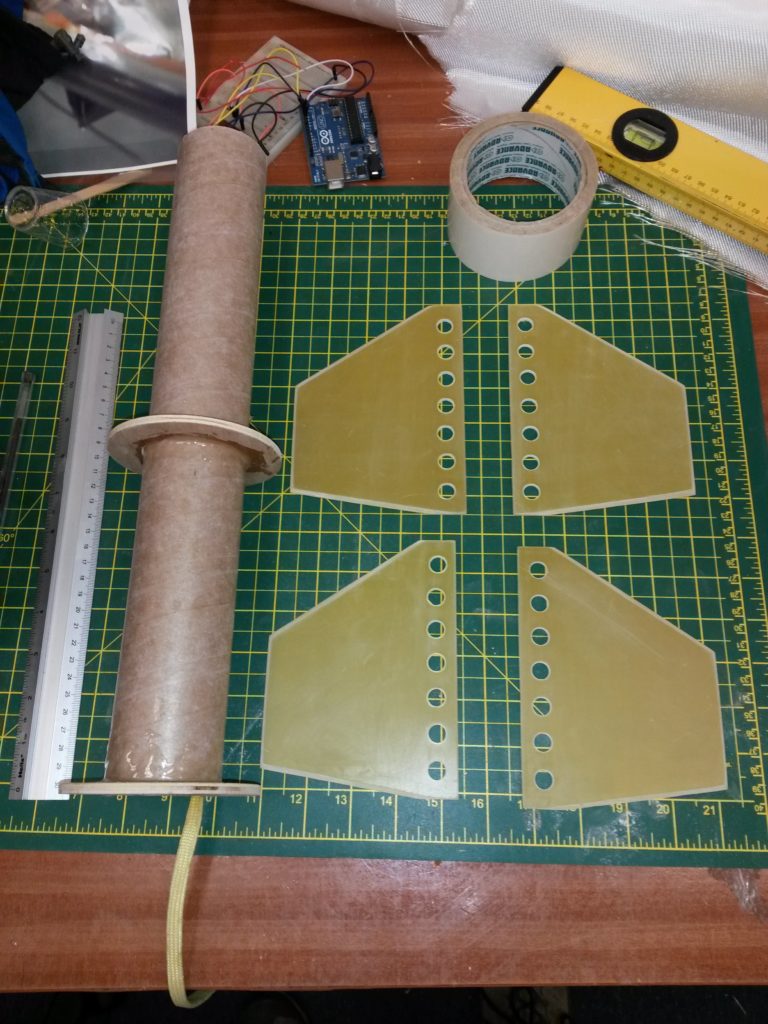 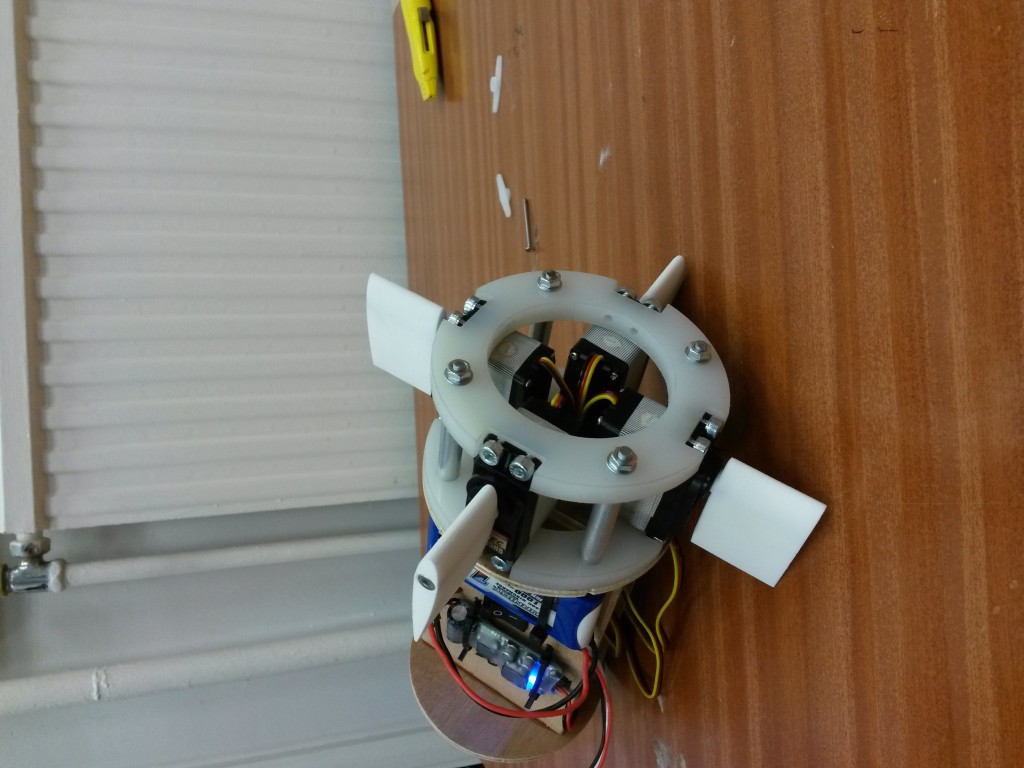 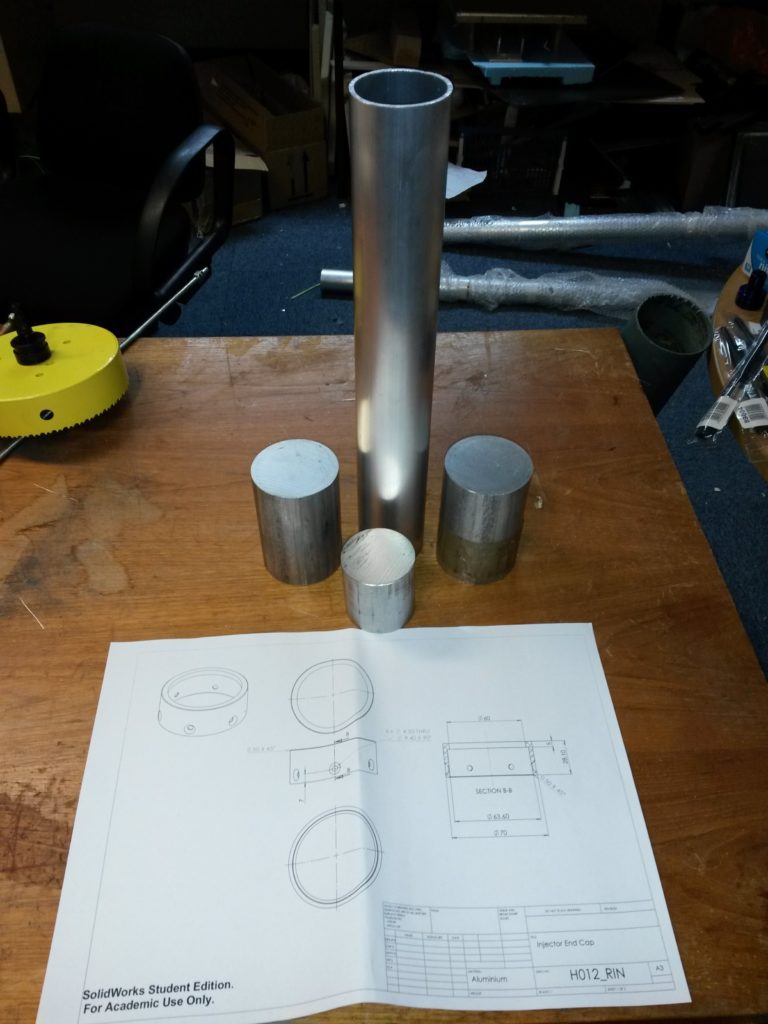 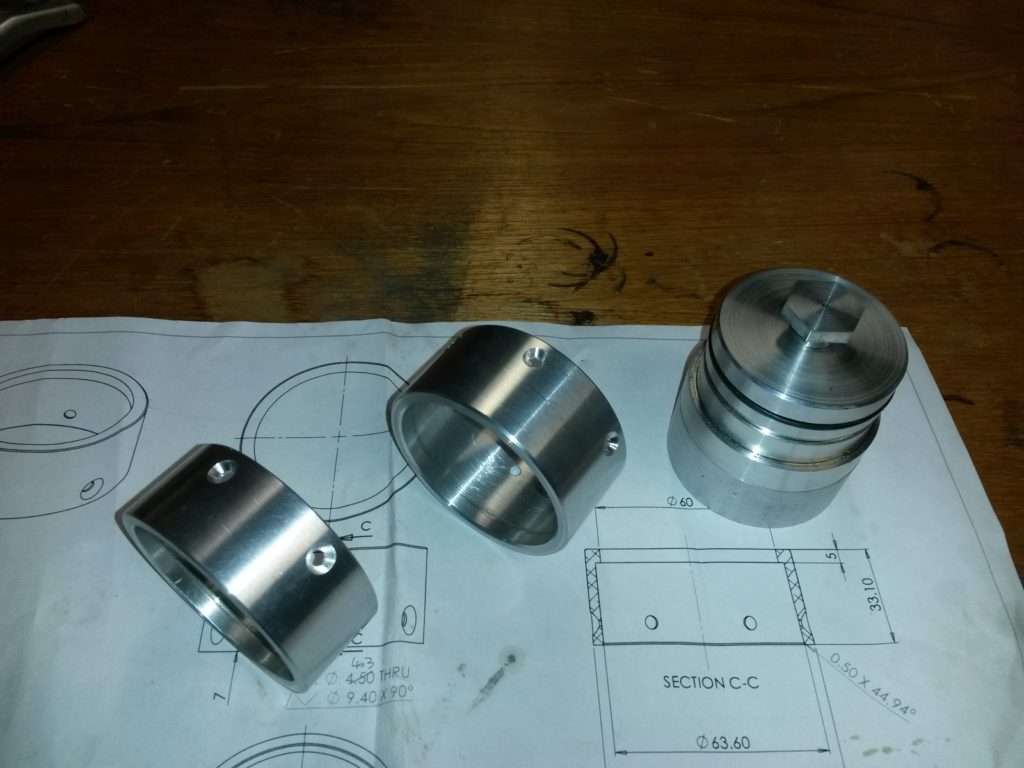 Over the past week we have modified some of the existing parts of Quasar (our static hybrid rocket) and machined a new injector and nozzle in the student workshop. 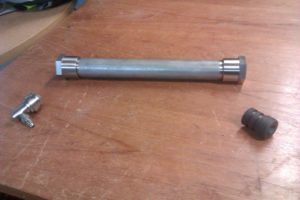 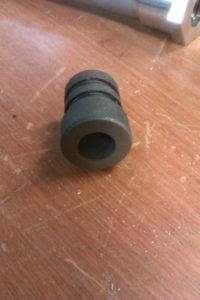 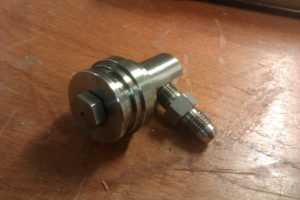 Collected two part which were water jetted by the workshop. The three pieces fit inside each other to hopefully make a gimbal. 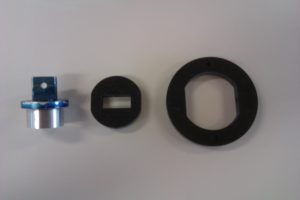 I made the central part at home using a lathe, shaper and drill. 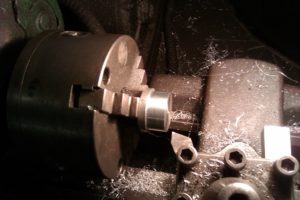 The blue dye is for marking. 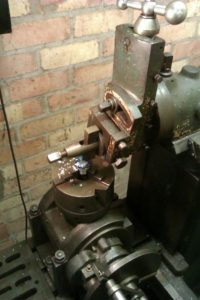 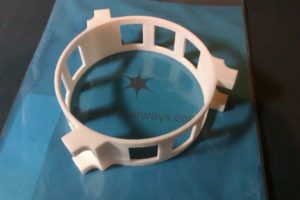