Quasar was a homemade hybrid rocket, running on Nitrous Oxide and a sugar fuel grain. Two test firings have occurred with the first successful ignition in 2014, with a peak recorded thrust of 30 N. Modifications to the engine were made between firings, allowing a small ‘bypass’ flow of Nitrous into the combustion chamber for easier ignition. Two pressure tappings provided pressure measurement upstream of the injector and chamber pressure, while a load cell gave axial thrust and outer combustion chamber temperatures were recorded. 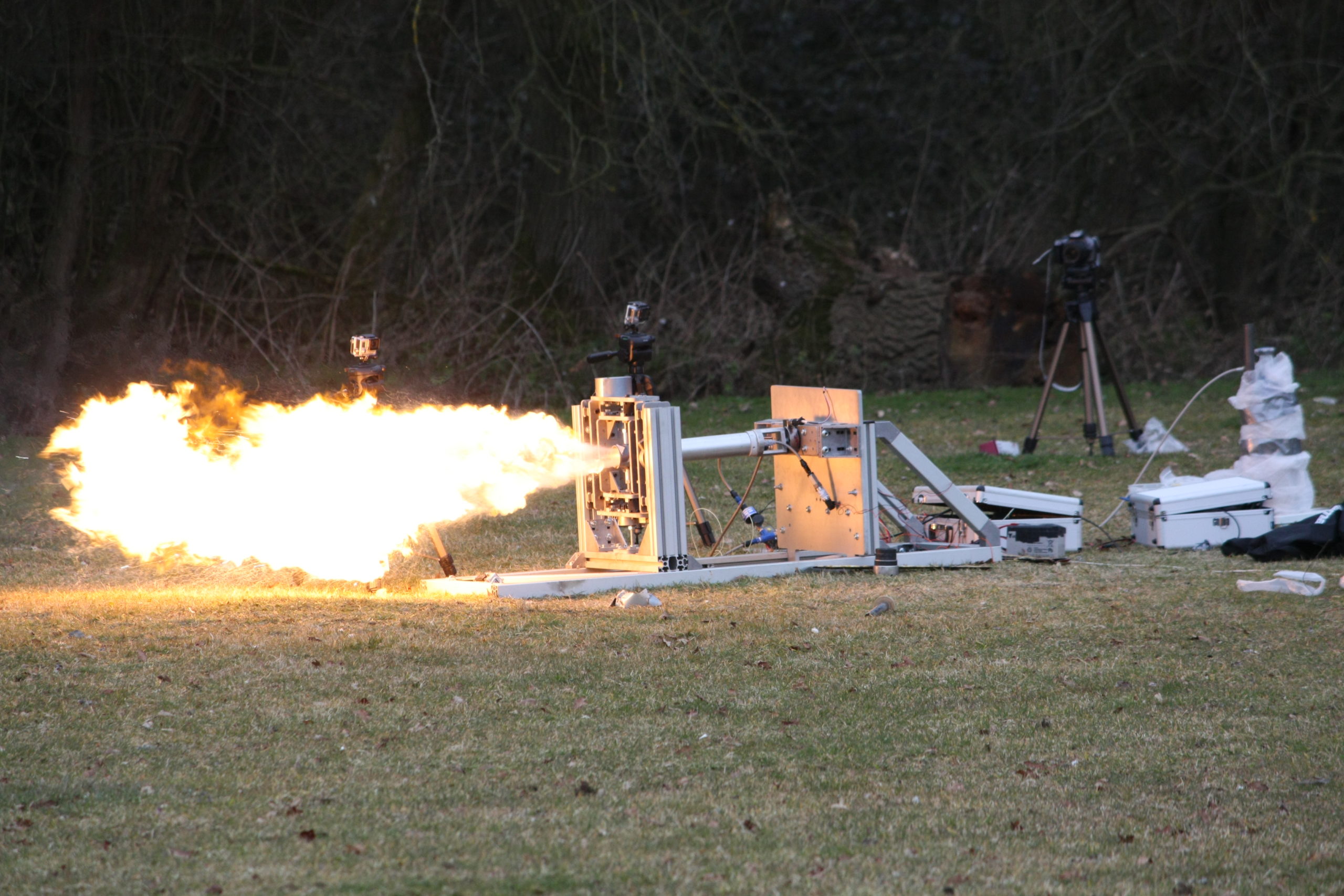 Something Caught Your Eye?

Get in touch! Reach out to contact[at]cusf.co.uk to find out more.